What is the condition of existing at a border or threshold? My work has been occupied with investigating the boundaries and architecture around, between and within people. Whether it’s a geographical area or a philosophical point of view, to inhabit a headspace while simultaneously empathizing with someone else, one or the other must be slightly blurred. Around, Between, Within, Delineate and Across are words that “draw us to an edge, but more importantly our need to define it in reflection to our place in confronting it. We shift.” -1. The tectonic implications of STRIKE/SLIP, a type of fault line where the ground shifts horizontally in an earthquake, are especially resonant in this context. I’ve asked three other artists who have these proclivities to join me in this exhibit. Working with Harold Jeffries is particularly freighted with these concerns. Although I have worked with him professionally as a facilitator for his singular work, he is also a friend and collaborator. While the content of his work is already rich with polarities and borderlines (heaven/earth, real/imagined), there is also the circumstance of Jeffries’ everyday interactions with people. Jeffries’ spoken communication is often discursive and fragmented, and I believe this kind of collaboration could only happen authentically within the context of longstanding friendship and trust. Jeffries’ empathy and generosity of spirit are asserted through his deep concern about the housing needs of all people, on earth and elsewhere. His drawings, or “blueprints for heaven” are designs for something yet to be built; they are mutable and in the moment, but reflect a concrete intention. The relationship between John Grod, Jeffries and me as we collaborate contains thresholds that are vacillating, only becoming more legible through a longer arc of time. Grod has a persistent and tenacious pursuit of expanding creative possibilities through video; more than just a facilitator, he is able to harness his own formidable creative and technical skills to collaborate in a way that gives others a voice but also reflects his own distinct sensibilities. His choice of labor intensive processes reveal his empathy and dogged pursuit of these ideals. Stacy Isenbarger’s work invites closer inspection while never allowing for a comfortable place to settle. Superannuated upholstery and padded surfaces imply domesticity and comfort, but also insinuate questionable issues of decorum or even subterfuge. New and old structures and notions of inside/out dichotomies are underscored by the absurdity of a velvet covered rock or twig. Thoughts turn to mutations, a transmutation of nature and culture as well as private/public implications. It is not so much about marking the contours, but rather, exploring possibilities within that space. 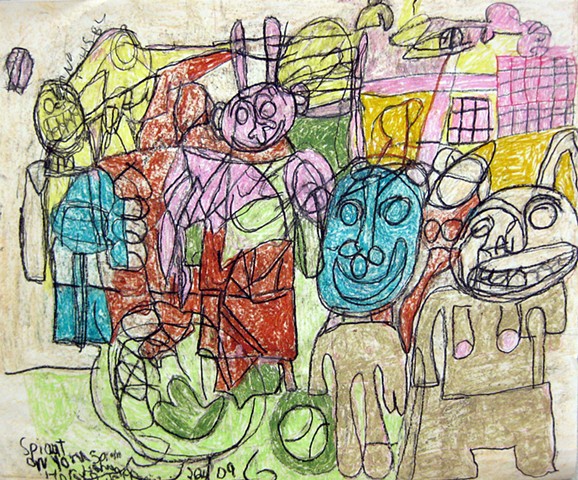 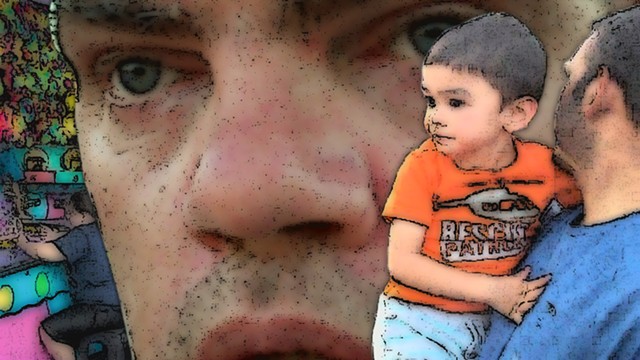 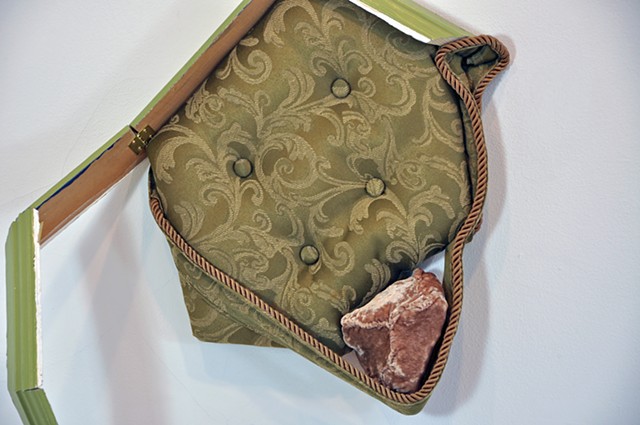 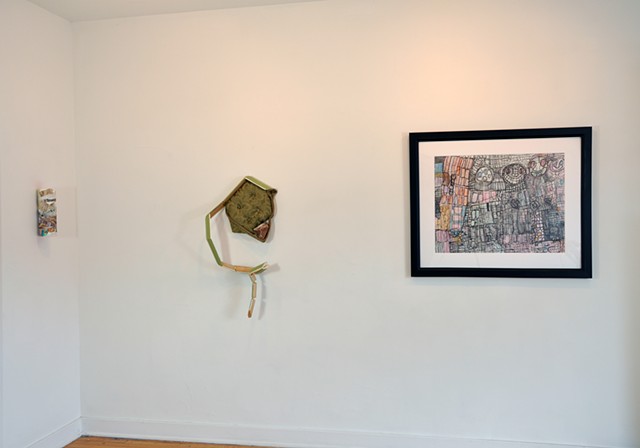 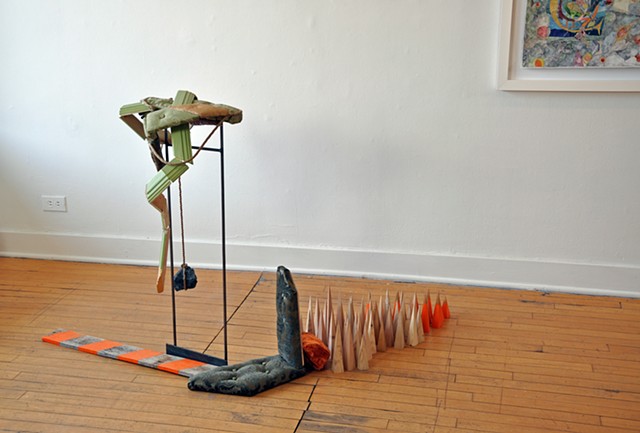 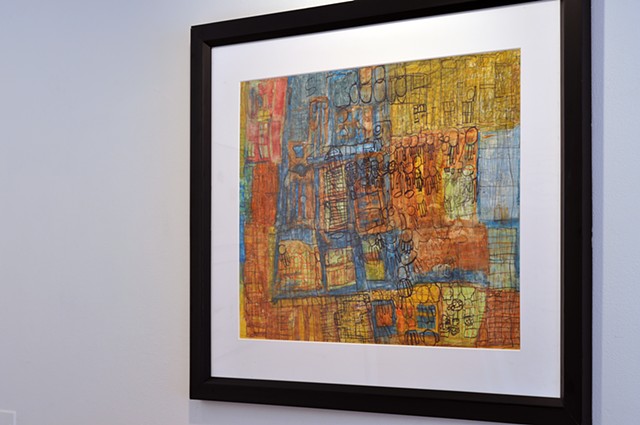 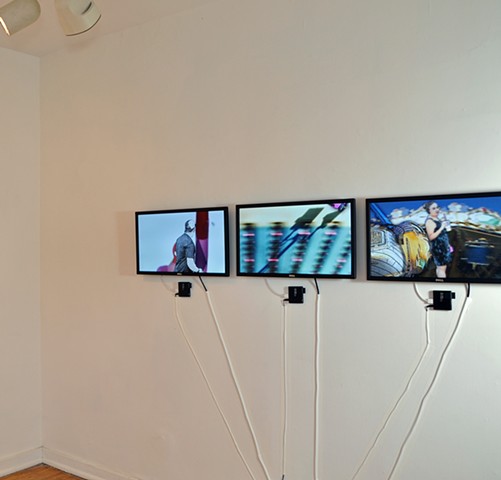 Because I'm A Stranger To Her 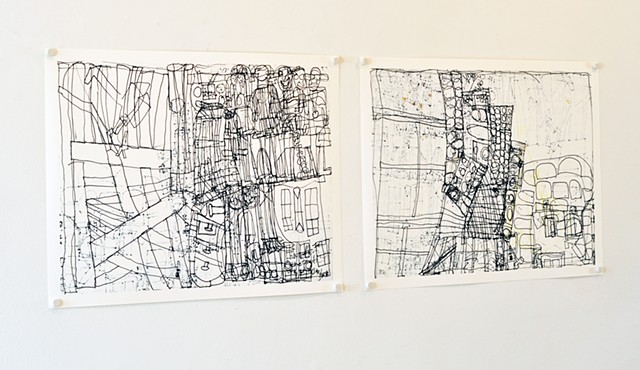 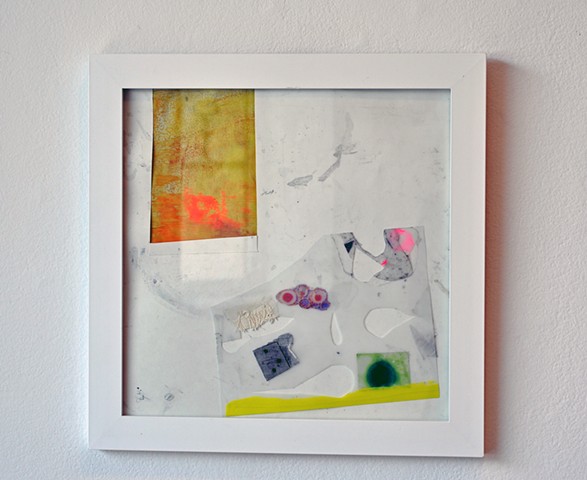 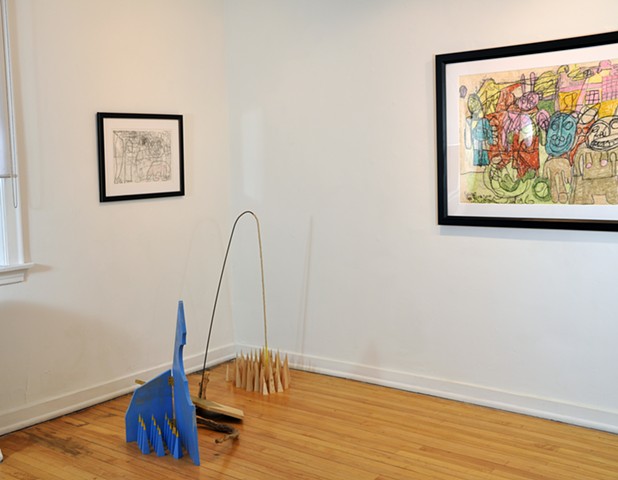 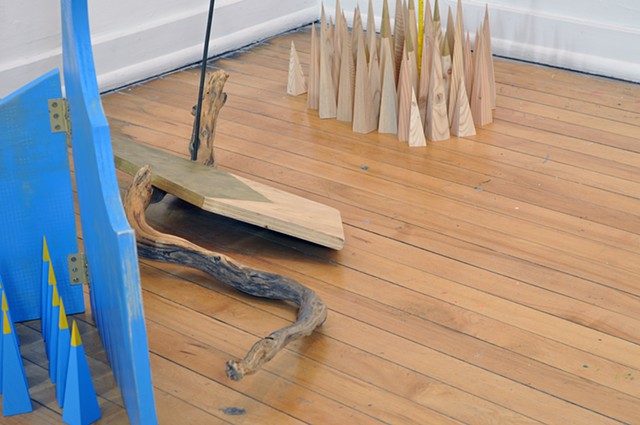 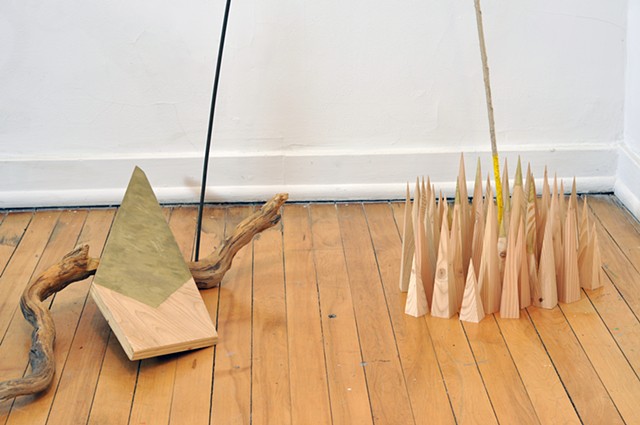